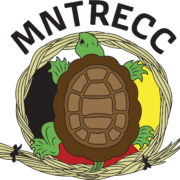 The following update is made on behalf of The Minnesota Tribal Resources for Early Childhood Care (MNTRECC) Professional Development Sub-Committee.

The Minnesota Tribal Resources for Early Childhood Care (MNTRECC) Professional Development Sub-Committee has worked to review and revise the current title “Minnesota Positive Indian Parenting Program.”  We have agreed to change the title within this program to “Minnesota Native American Parenting Program.”   Our decision was made as the word “Indian” in history has typically been used in a negative stereotypical manner.

In the introduction to this program, two goals were stated:

Native American traditions and values have to be carried out today in the context of modern American city life as well as life on rural Native American reservations.